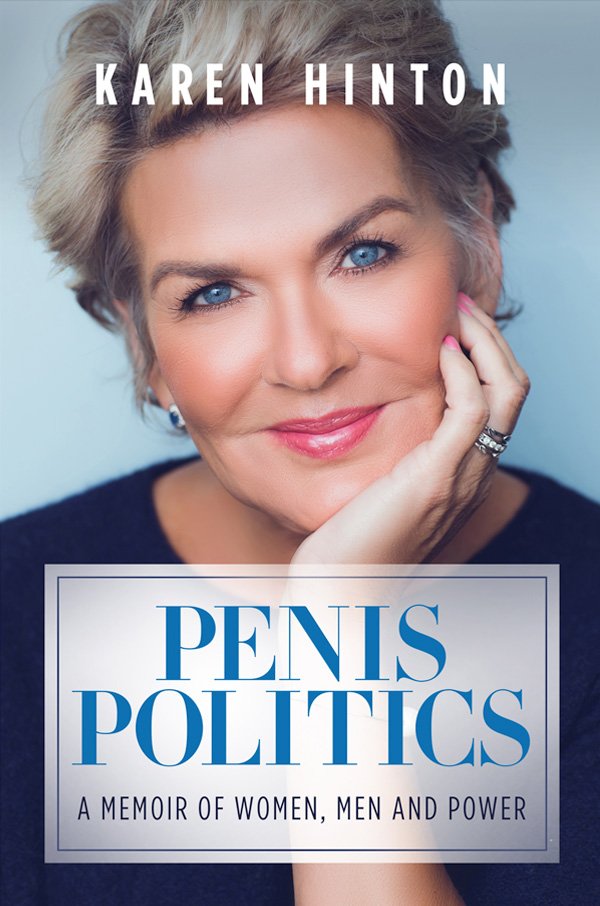 Penis Politics: A Memoir of Women, Men & Power offers an insider’s view of what it’s like to be a woman in the newsroom, the halls of Congress and the highest reaches of American political power through the eyes of Karen Hinton, a colorful and outspoken former journalist, political operative and seasoned media professional.

The book opens with a sexual trauma that affects a close-knit group of girlfriends in rural Mississippi in the 1970s and traces Hinton’s emergence as a journalist and an ambitious press secretary in Washington D.C. and New York.

Hinton writes of the toxic brew of ego, entitlement, power, testosterone and “bro culture” in politics that is especially difficult for women to negotiate. She spells out through compelling storytelling how powerful men in politics often create a public image as a champion of women’s rights and equality. Behind closed doors, they use gender domination to assert their power over women.

“At last readers have a true-life version of Stand By Me for girls. With her first book, Penis Politics,
Karen Hinton takes her seat at the table of exceptional Mississippi writers.”

“…brimming with the steady perseverance, relentless ambition and maddening frustrations of a talented woman who found her way in a world dominated by men less talented than she.”